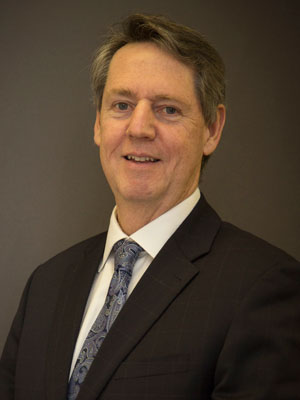 A resident of Peel Region since 1982, Jim began his legal career as counsel for CIBC’s Information Technology Group before entering private practice in Brampton and Caledon.

A graduate of McMaster University and Osgoode Hall Law School at York University, Jim has been an instructor at Sheridan College, Faculty of Continuing Education teaching Business Law.

Outside of the office, you will most likely find Jim at one of southern Ontario’s hockey arenas.  Jim coached for a number of years in the Brampton Minor Hockey Association when, as a volunteer Big Brother, Jim was paired with his little brother Ryan.  When Jim’s two daughters came along, Jim found himself coaching, managing and helping the Brampton Canadettes Girls Hockey Association.  Most recently, Jim has fulfilled the role of a lot of hockey parents, driver.

Aside from hockey, Jim’s other volunteer work has included serving on the Board of Directors of the Brampton Curling Club and Hospice Caledon.  Most recently, Jim has been selected to work as a volunteer firefighter with Caledon Fire and Emergency Services.